Ride through some of the most breathtaking landscapes in Europe on our Italian adventure.Some say it's the journey that matters, not the destination, we say why compromise when you can have both.

Italy, Motorcycle Tours Around The World

9 vacation days/7 riding days – From fashionable Milan to the bustling canals of Venice, our Italian adventure takes you on a journey from one famous Italian landmark to another via some of the most breathtaking landscapes in Europe. Some say it’s the journey that matters, not the destination, we say why compromise when you can have both.

Italy was an assortment of warring kingdoms and principalities with their own distinct culture and history until 1861. On our 9 day tour we will sample three of these distinct regions: Lombardy, Trentino-Alto Adige and Veneto. Along the way we will get off the beaten track to see mountain passages, lakes and winding roads that drift off into the distance for as far as your eye can see.

At the end of our journey will land in Venice where we highly recommend you stay on for a few days to see the sights, sounds and culinary delights that the world’s most famous port town has to offer.

The length of the stages may vary depending on weather conditions and the route, but on average it corresponds to about 250 km per day. The route takes place for 70% on paved roads or in good conditions, although often very narrow and steep and with many curves, and about 30% along dirt roads.

Arrival in Milan, the style and fashion capital of Europe and then head to the hotel for a tour of the city and an introduction.

Today we pick up our motorbikes and head to Lake Lecco where we will sail by quaint lakeside towns such as Mandello del Lario. Later that day we cross over the Swiss border to drive the Maloja Pass, which has an altitude of over 2,000 meters and some of the most spectacular views of the trip.

Next it is on to St Moritz, a mountain resort, before we head back into Italy. After passing through Livigno, we will reach Bormio where we will rest for the night. The town is located in Stelvio National Park, famous for hosting the World Alpine Skiing Championships of 1985 and 2005.

Today we depart early in the morning and travel along the Val Venosta towards the beautiful Lago di Resia, where we can admire a 14th century church bell tower in the village of Curon Venosta.
Next it’s onto the fortified medieval village of Glorenza before we tackle the famous Stelvio pass, at an altitude of 2757 m, the highest motorbike pass in Italy, and the second highest pass in Europe.
Then, onwards we go, winding downhill and then up into the clouds once more as we explore the spectacular Gavia Pass. From there we go down to Ponte di Legno and come to rest in the charming village of Breno, our stop for the evening.

Today’s journey takes us through the Croce Domini, Maniva and Tremalzo passes. Be warned there are some dirt tracks on this part of the journey but you will be in safe hands with our expert guides who will be sure to instruct you on how to navigate them safely.

Lakes are the primary scenery in this second half of the day as we stop first in Lake Idro which serves as a taster for a stop off at the world famous Lake Garda and its neighbouring town Riva del Garda.

On the final part of the day we drive through Madonna di Cam- piglio, a stunning mountain resort set in a national park, before we reach our destination for today; the ancient town of Merano was a favourite spot of Empress Sisi of Austria.

Onwards from Merano we drive, through the beautiful Val Passiria and the Monte Giovo pass before landing in the charming village of Vipiteno. Rest up here and save your energy as we drive perhaps the most beautiful motorbike route in all of Italy, the Val Sarentina. Our next stop is Bolzano, this is the capital of the region of Trentino – Alto Adige, a comparatively lively and vibrant stop-off which serves as a welcome contrast to some of the more sleepier villages we have seen so far. Finally, after admiring the Alpe di Siusi, the largest high-altitude Alpine meadow in Europe, we reach the village of Ortisei where we will rest for the night.

The day of the four passes has arrived today as we cross Sella, Pordoi, Campo- longo and Gardena in sequence at about a height of 2,000 metres. They are part of a group known as the Sella mountains, arguably the most stunning of all the mountains in the Dolomites. The next stop is the Tre Cime di Lavaredo, three distinct peaks known as the Little Peak, Big Peak and Western Peak.

After admiring the view it’s onto the small town of Corti- na d’Ampezzo, known as the pearl of the Dolomites, famous for hosting the Winter Olympics in 1956. The town is considering putting in a bid to host the games again in 2026.

We make a stop in Cortina to keep our legs active, walking along the charming streets before we pass through the Municipality of Longarone and make another stop at the infamous Vajont Dam, the site of a landslide in 1963 that destroyed the village and killed 2,000 villagers.

Our overnight stay tonight is the small village of Belluno.

Today we reach the Asiago plateau where we will once again tackle a series of dirt tracks, taking care to go at an appropriate pace for everyone. Here we will get to grips with some history as we pass by ruins of forts used in the First World War and survey the scenes of battles between the Austrians and the Italians. We will visit a war museum to give us some background on the atrocities that took place here a century ago.

This morning we will leave our bikes behind to explore the Asiago plateau by foot, taking in more sites from the First World War before leaving the mountains behind us. We will loose altitude quickly as we race towards our final destination, breathtaking Venice. After returning our bikes and transferring to our hotel, there will be time for us to explore the small and narrow streets of the city, known by locals as ‘calli’.

In the evening we will feast on some of the best Italian food that this city has to offer and there will be time to rest and reflect on some of the incredible sights that we have seen on our spectacular journey across Italy.

With our tour at an end, it is time to say goodbye and transfer to the airport unless the magical city of Venice has enticed you into staying longer.

The crew at Hoi An Motorbike Adventures are passionate about giving you the best service and experience. If you have any questions about our tours and services or if you would like us to send you some more information, please fill out the form below and we will reply to you as soon as possible. Please note that persons without a valid motorcycle license or under 18 years of age must ride as a pillion. 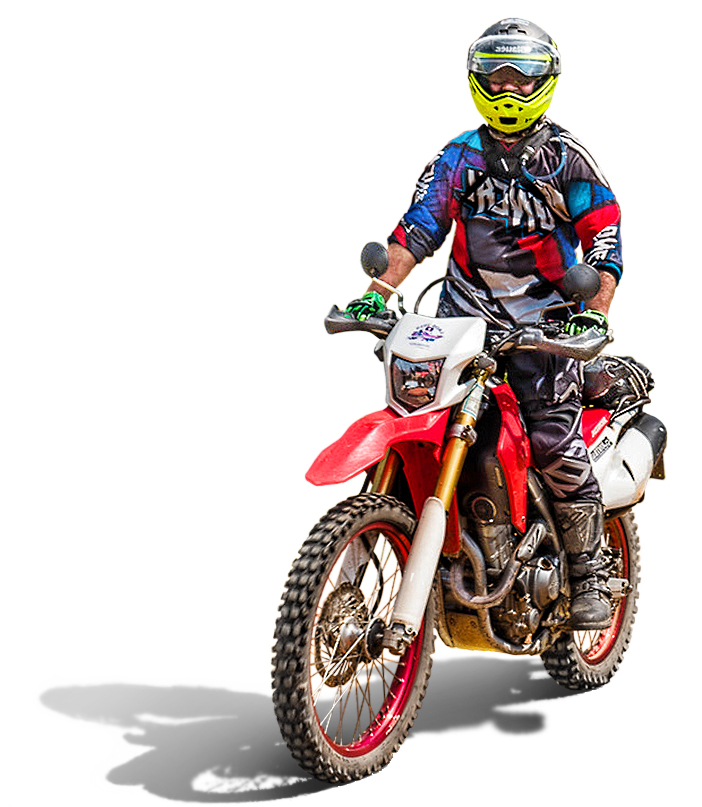 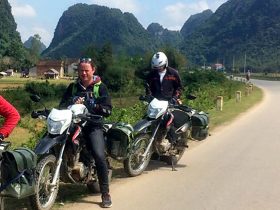 9 days/8 nights – Join us on an epic 9-day journey across central Vietnam as we take the road less travelled through ancient cities,... 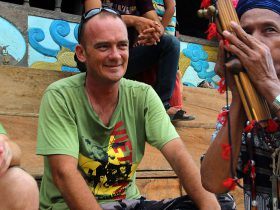 4 days/3 nights – Take a shot of history as we ride through stunning mountain scenery and lush, mountain pathways that lead us back in... 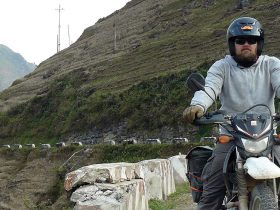 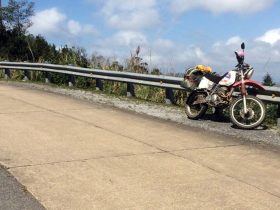 14 days/13 nights – Riding from the North to South of Vietnam is an experience of a lifetime. Embarking on a motorcycle trip in Vietnam... 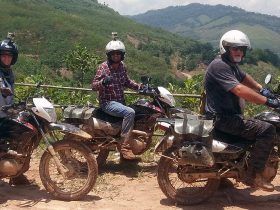 7 days/6 nights – Explore roads lined with war and history. Hanoi to Hoi An is the perfect route to explore the Northern regions of... 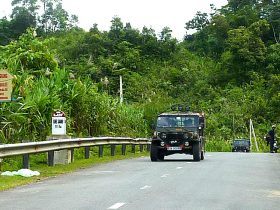 2 days/1 night – Pack more memories into two days than most people get in two weeks! We wind our way through the photogenic Thu Bon... 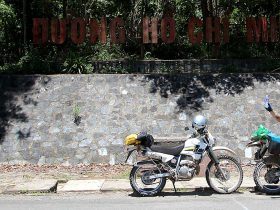 2 days/1 night – Hoi An to Hue Transfer tours – The Central Highlands of Vietnam offers some incredible and largely untouched... 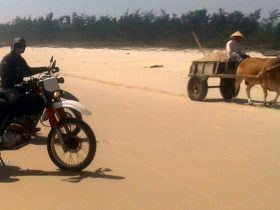 6 days/5 nights – Kick-start your tour at our main garage set in the most beautiful town in Vietnam, Hoi An.

Hoi An is filled with... 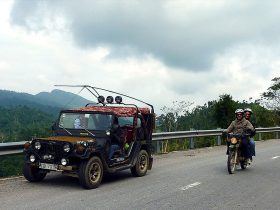 3 days/2 nights – Vietnam’s greatest 3-day adventure! Every day showcases the diversity of cultures and scenery to be found in... 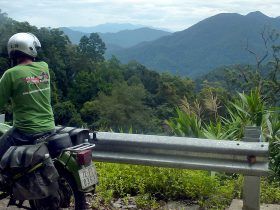 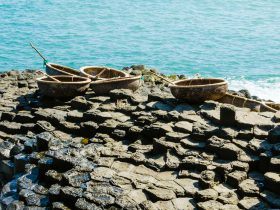 From 960 USD
Jungles and Beaches

6 days/5 nights – Join us on this action filled adventure through jungles and beaches in central Vietnam. With Ha Long Bay, Sapa and... 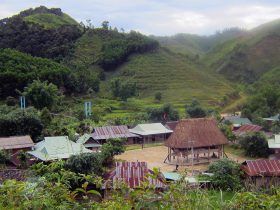 3 days/2 nights – Hoi An to Hue Transfer tours – This three-day adventure takes you through some of the most famous war sites on... 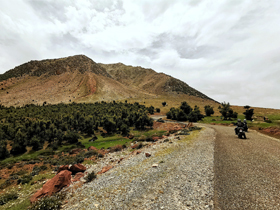 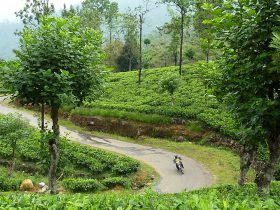 11 days/10 nights – 9 days riding – Our Mountains and Beaches tour showcases the best the island has on offer. From glorious mountain... 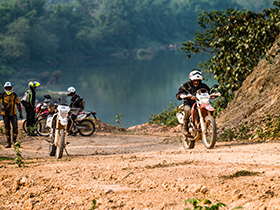 Laos is the often forgotten neighbour of Thailand, Vietnam and Cambodia. But it is an intriguing country, rich in history and its lack... 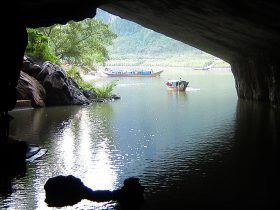 6 days/5 nights – Grab a slice of gorgeous Phong Nha! This unique national park is one of Vietnam’s few remaining pockets of old... 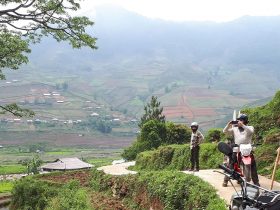 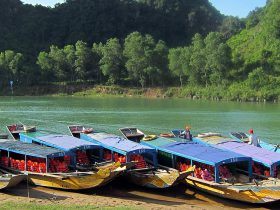 From 1,120 USD
The Grand World Heritage

7 days/6 nights – The Grand Dame! The best central Vietnam has to offer! Our 7 day journey takes us from Hoi An to Phong Nha taking in...

Call us: Monday to Sunday, from 8am till 8pm.
For last minute bookings before 8am or after 8pm please email us.